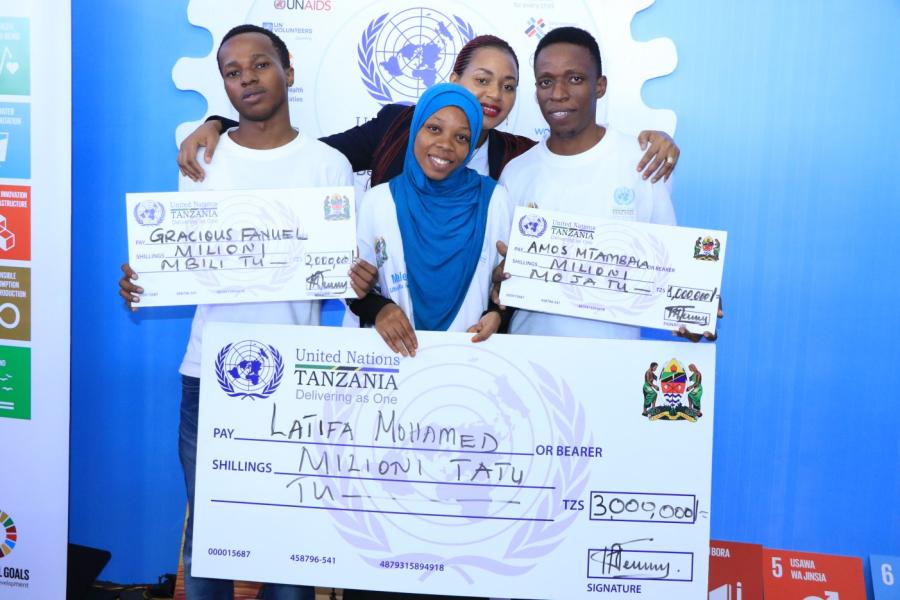 Dar es Salaam – The United Nations in Tanzania has today awarded three young innovators who have been showcasing their innovations at the 42nd Dar es Salaam International Trade Fair. The three youth, who have developed innovations in the sectors of robotics, art and agriculture, have demonstrated how their innovations work to hundreds of visitors at the UN’s booth during the trade festival over the last week. After listening to all three innovators, visitors were then given a chance to vote on who they believe has the best innovation and today the winner was announced as well as the first and second runners up based on the voting which also took place on social media.

One of the innovators is Gracious Fanuel from Kilimanjaro who has designed a robotic arm using common household materials. The arm can be controlled via mobile phone and he hopes to be able to scale it up to conduct activities like picking up pieces of machinery or items from a production line and also to help people with disabilities. Another of the youth innovators is Latifa Mohammad Ngea from Zanzibar who has developed an automated irrigation system that uses sensors to detect whether or not patches of soil are moist and directs the water flow to the dry patches. This is relevant given the fact that agriculture employs over 80 per cent of the workforce.

Lastly, there is Amos Mtambala from Dar es Salaam who uses his artistic ability for entrepreneurship. Amos was trained and supported by ILO and has since expanded his network to include over 100 other youth who create artwork that they sell locally and internationally.

Speaking at the booth during the announcement of the winners and runners up, UN Communication Specialist, Ms. Hoyce Temu, commended the youth highlighting that “The promotion of innovation is deliberately to support the government of the United Republic of Tanzania to ensure that the dream of industrial development is realized. Given that Tanzania youth make up over 55% of the population of their country, they need to be part and parcel of development today, tomorrow and in the future.”

On Wednesday, the UN’s booth was awarded first place in the category of Information, Publishing, Printing and Stationaries. The award was handed over by Prime Minister, Hon. Kassim Majaliwa at the opening ceremony of the 42nd Dar es Salaam International Trade Festival. The focus of the booth this year was to communicate the UN’s results and promote Innovation for Sustainable Development which can contribute to industrialization by showcasing the three young innovators at the UN booth. Over 500 people at Sabasaba and on social media voted for who they believe has the best innovation. The winner was Ms. Latifa Ngea who received Sh3 million while the first runner up was Mr. Gracious Fanuel who won Sh2 million and Mr. Amos Mtambala was the second runner up and received Sh1 million. 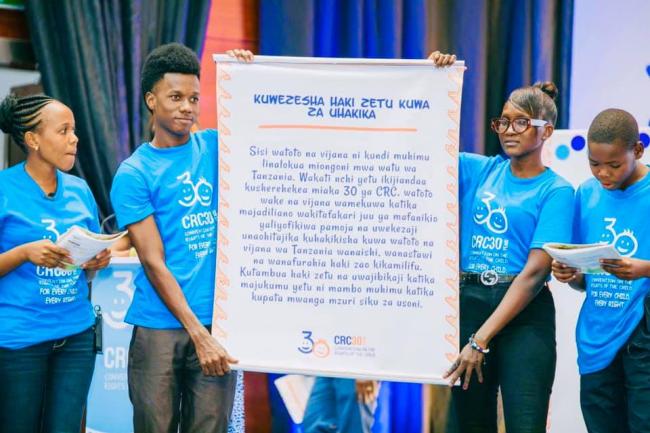 In January, nearly 300 children from various youth networks participated at the Youth Summit, organized by Femina Hip in collabora­tion with UNICEF. 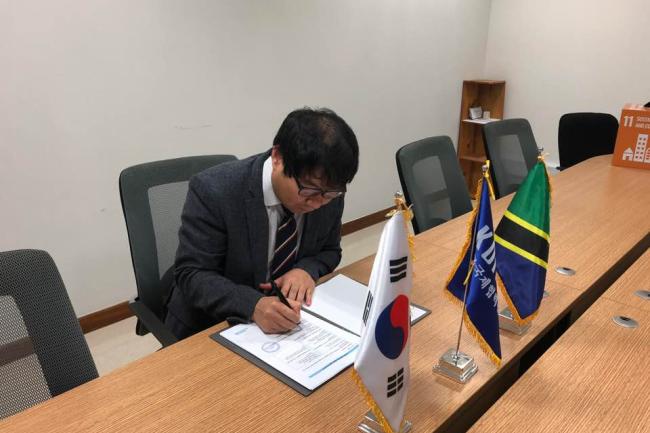 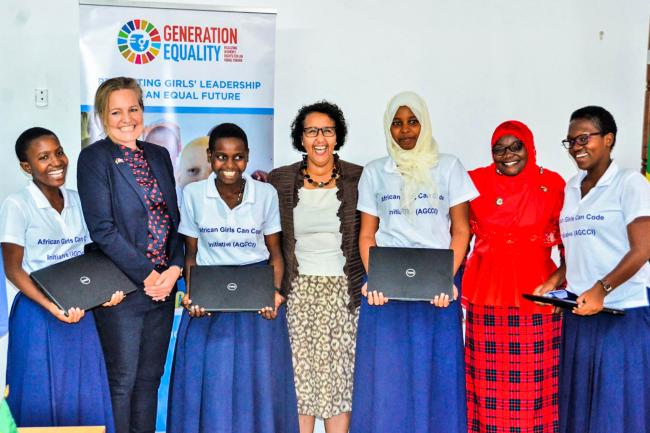