UNICEF has enabled children and young people to stand up for their rights. 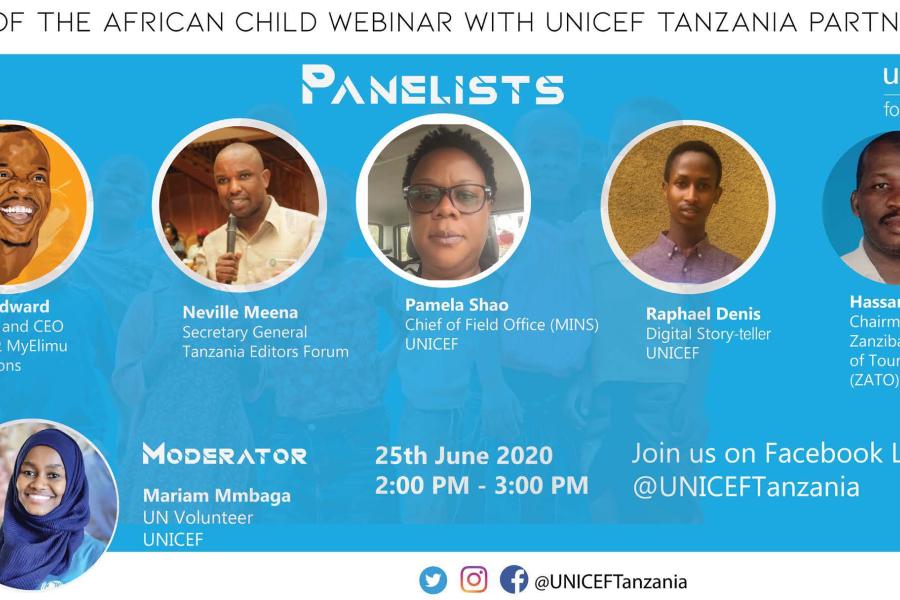 Official poster for the Day of the African Child Webinar which was organized to understand the role that UNICEF and many of our partners are playing to support children and young people especially in the post-COVID ‘new normal’.
Photo | UNICEF Tanzania

Each year, June 16th, offers an opportunity to commemorate the memory of the thousands of young, brave children who marched in Soweto, South Africa, in 1976 to protest apartheid and to demand equal education. The legacy of these courageous children, many of whom lost their lives, continues to build a better future for children across Africa today. The Day of the African Child holds a special relevance this year as the world grapples with the new virus. This year, in order to observe the Day of the African Child, UNICEF Tanzania organized a special webinar with many of our key influencers to understand the role that UNICEF and many of our partners are playing to support children and young people especially in the post-COVID scenario as schools and universities reopen and children return to a ‘new normal’.

The webinar featured a range of stakeholders from the technology, media and private sector and was moderated by Mariam Mmbaga, a United Nations Volunteer with UNICEF.

Mr. Raphael Denis, a UNICEF digital storyteller and young champion advocating for the rights of children and young people in Tanzania kicked off the discussion by highlighting the leadership role played by young people during the coronavirus pandemic in Tanzania. He highlighted how young people played a key role in leveraging social media and digital technology to share information and raise awareness. Mr. Given Edward, social entrepreneur and digital guru, spoke about how educators can be more prepared and leverage technology to improve learning. He stressed that the current crisis has made it more urgent to address the digital divide in the country so that many more young Tanzanians receive equal opportunities to learn and innovate. 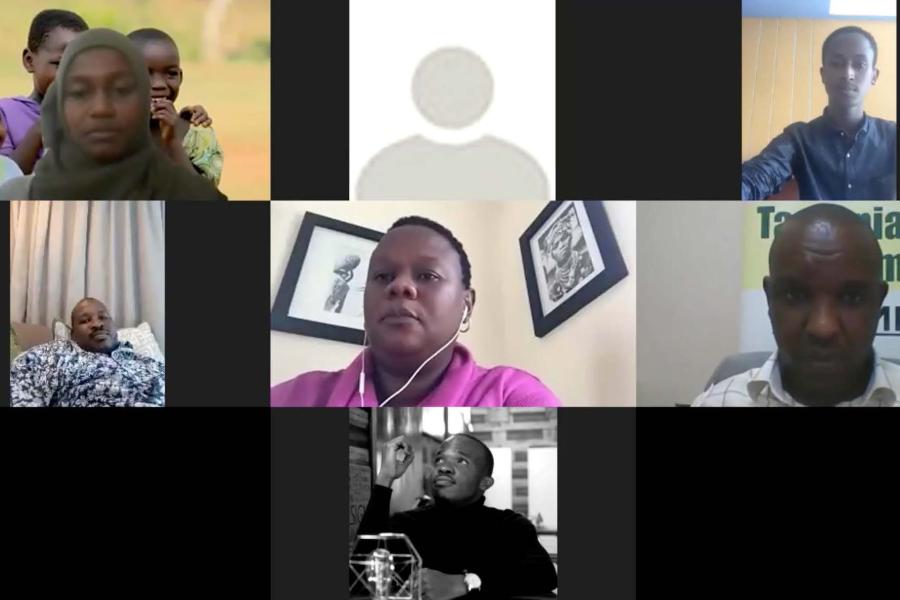 We had six key influencers who took part in the webinar which commemorated the Day of the African Child.
Photo | UNICEF Tanzania

Neville Meena, Secretary General, Tanzania Editors’ Forum highlighted on the role of the media to advance children’s rights by continuing to focus on development stories, Mr. Hassan Ali. Mzee, Chairman of the Zanzibar Association of Tour Operators (ZATO) spoke on the role of the private sector and particularly tourism partners in fulfilling their responsibilities to respect and support the rights of children.

Pamela Shao, UNICEF Chief of Mbeya, managing and leading UNICEF programmatic commitment in the Southern Highlands regions of Mbeya, Iringa, Njombe and Songwe, provided an overview of what DAC means for UNICEF in Tanzania and how historically UNICEF has enabled children and young people to stand up for their rights. She also spoke about UNICEF’s support to the Government in responding to the pandemic and how the organization is enabling children and young people to be highly effective partners in the taking forward the child rights agenda in the country.

All the panelists took questions from the audience before the one-hour session was wrapped up. The webinar was broadcast live on social media and received a lot of traction with nearly 5000 people tuning in on Facebook to catch it live. Do watch the recording here in case you missed the live session. 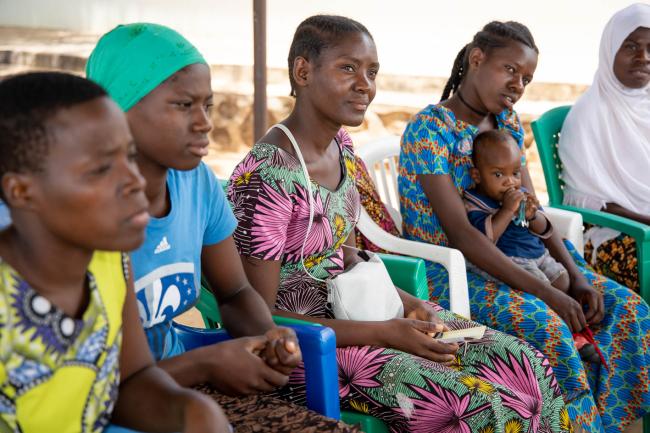 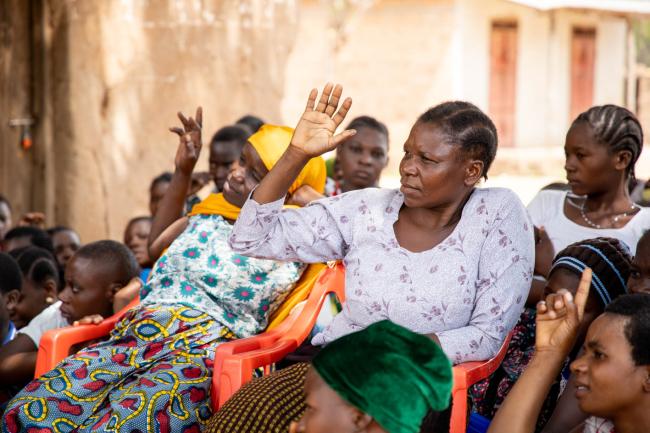 Women in Tanzania and of the world want and deserve an equal future, free from stigma, stereotypes and violence; a future that’s sustainable and peaceful. 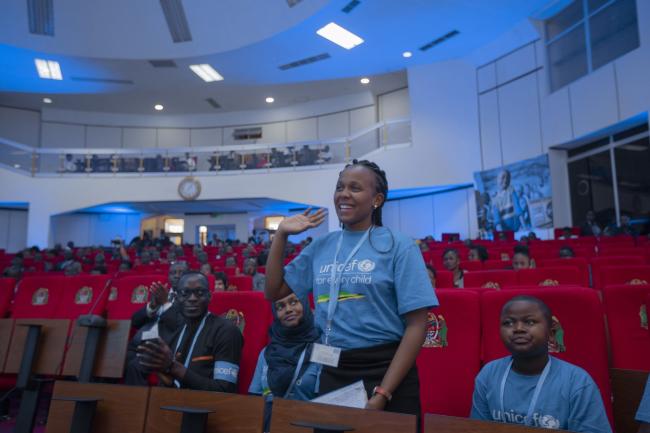 Young people advocate with MPs on their agenda for change

Sustainable development is, by definition, a development that can be carried on by future generations.