International Day to end Impunity for Crimes against Journalists

Today is International Day to end Impunity for Crimes against Journalists. To mark the Day, UNESCO has organized a Regional Meeting on the Strengthening of National Mechanisms for the Safety of Journalists in Eastern Africa in Arusha, Tanzania on 02 and 03 November 2018.

Five years on since the first commemoration of International Day to End Impunity for Crimes against Journalists, high level representatives from the Regional Judicial Courts, human rights defenders, media houses and associations, national focal points for safety of journalists and governments, will assess how countries in the Region respond to security problems faced by journalists as they carry out their investigative and reporting duties, as an opportunity to as well evaluate how we address the impunity with which, all too often, crimes and attacks against journalists are perpetrated.

Female journalists are all the more often at greater risk of being targeted not only for their reporting but also because of their gender through the threat of sexual violence. According to the 2017-2018 edition of UNESCO’s World Trends in Freedom of Expression and Media Development report, attacks against, and harassment of, women journalists, particularly on online platforms, have increased. With this worrying trend, it is imperative that we urgently address the specific threats which face women journalists and which ultimately extend to the journalistic profession as a whole.

Co-hosted by UNESCO and the Government of the United Republic of Tanzania, the meeting will be officiated by the Minister of Information, Culture, Arts and Sports of Tanzania, Hon. Dr. Harrison Mwakyembe and the UNESCO Regional Director for Eastern Africa, Ms. Ann Therese Ndong-Jatta. Other high-level officials attending the meeting are President of the African Court of Human and People’s Rights, Hon. Justice Sylvain Ore, President of the ECOWAS Court of Justice, Hon Justice Edward Asante, East Africa Legislative Assembly (EALA) Member of the Committee on Regional Affairs and Conflict Resolution, Hon. George Odongo and Political Affairs and Peace and Security Experts from the East African Community Secretariat, Mr. David Onen and Mr Leonard Onyonyi. 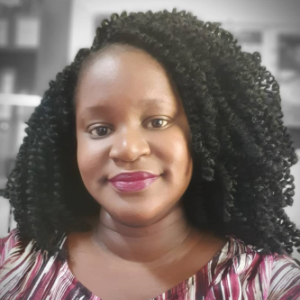