The Vice President of the United Republic of Tanzania, H.E. Philip Isdor Mpango and the UN Resident Coordinator in Tanzania, Mr. Zlatan Milisic, have launched a development cooperation agreement which will guide the work of the UN system in Tanzania for the next five years. The United Nations Sustainable Development Cooperation Framework (UNSDCF) for the five-year period July 2022 to June 2027, was launched today in Dar es Salaam in the presence of representatives from the Government, the diplomatic corps, civil society and the media. Developed jointly by the Government and UN, the UNSDCF provides a framework for the UN’s support to Tanzania to achieve national development priorities, the 2030 Agenda for Sustainable Development, the Sustainable Development Goals (SDGs) as well as regional aspirations and commitments including the Africa Agenda 2063.

The UN Resident Coordinator, Mr. Zlatan Milisic, thanked the Government for sustained cooperation in designing the framework and emphasized that the UNSDCF was developed with the underlying principle of leaving no one behind, which aims to ensure that the most vulnerable and marginalized groups are prioritized. “I thank the Government and the development community in Tanzania for being with us every step of the way in formulating the UNSDCF,” said Mr. Milisic. “This launch comes at an important time with just eight years remaining to achieve the SDGs and Agenda 2030. The UN will continue working closely with the Government to deliver the commitments agreed to in the UNSDCF and we count on the support of all partners in its implementation,” he added.
The strategic priority areas of the UNSDCF were developed based on an analysis of Tanzania’s development landscape and where the UN is best positioned to leverage its comparative advantages to accelerate progress on national development priorities and the SDGs. These areas include strengthening social services empowering women and girls; transforming the economy; strengthening national governance systems; building resilience and assisting with climate change adaptation among others.

This is Tanzania’s first UNSDCF following the global reforms of the UN Development System initiated by the UN Secretary-General António Guterres.
On her part, Senior Development Coordination, Head of UN Resident Coordinator’s Office and Strategic Planner, Ms. Shabnam Mallick, added that, “The UN System in Tanzania is large, a factor which has its own pros and cons. I am therefore pleased that the RC Office in Tanzania was able to quietly corral the valuable and disparate resources of the UN development system in Tanzania and support the RC, UNCT, Government, and national partners towards increased coherence, effectiveness and efficiency in producing a strategic framework that will guide development engagement and the trajectory of SDGs’ activities for the next five years. I thank all partners and colleagues for their dedication.” 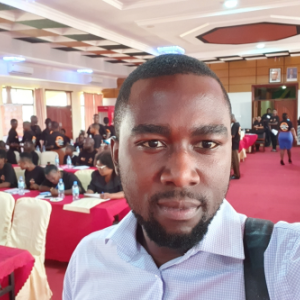