Development partners, the UN family and humanitarian partners are working together in solidarity to improve the welfare of refugees living in Tanzania.

Members of the diplomatic community from the embassies of Belgium, the European Union, France, Japan, Great Britain, United States of America, and Switzerland in Tanzania, visited two refugee camps in North-western Tanzania from 16 to 19 May 2022.

During the visit, which aimed to raise the profile of the Tanzanian refugee operation, the delegation had insightful meetings with refugee leaders, government officials, United Nations Agencies, and Partners from Non-Governmental Organizations.

They observed refugees receiving some essential services and visited specific projects benefitting both refugees and the host community in the areas of energy and environment, birth registration and certification, water, sanitation and hygiene, health, education, livelihoods, prevention and response to gender-based violence, and food and nutrition, among others.

The mission members paid tribute to the Government and people of Tanzania for its long tradition of keeping its doors open and providing safe harbor to populations forced to flee their countries for over 60 years. They further commended Tanzania and its leaders for always being at the forefront of regional peacebuilding efforts, allowing thousands of refugees to return home safely, where possible, or find other durable solutions. Currently, Tanzania hosts some 248,000 refugees and asylum seekers, predominantly from Burundi and the Democratic Republic of Congo.

The mission noted the need for a strengthened enabling policy environment to provide protection and assistance for refugees while in asylum while pursuing concrete, long term solutions for the entire population. It further noted that if refugees had more formal access to livelihood and income generation opportunities, it would benefit Tanzania. This would ultimately lead to increased tax revenues and additional employment opportunities, and it would further enhance supply and market processes in the country, further  boosting the economy. Currently, a strict encampment policy renders refugees almost entirely dependent on humanitarian assistance.

Acknowledging that providing asylum comes with environmental concerns and administrative and economic challenges, the mission members underlined the International Community’s commitment to continue supporting the Government’s efforts as guided by the principles embodied in the Global Compact on Refugees (GCR).

The GCR calls for the needs of both refugees and their host communities to be taken into consideration in an integrated manner. The UN Secretary-General, Antonio Guterres, has described this as an approach “that recognizes that these communities have their own economic challenges and security concerns, and their hospitality must be matched with development investment.”

For several decades, with the International Community’s support, the United Nations family and other humanitarian partners have brought this international solidarity to improve the welfare of Tanzanians as an important refugee-hosting nation. These resources continue to impact the local community positively in the refugee-hosting area and beyond.

One such initiative is the Kigoma Joint Programme, a five-year programme being implemented by 16 UN Agencies in collaboration with the regional and district authorities. The delegation was able to visit some of the Joint project sites to witness the impact on the lives of Tanzanians. When the programme started in 2017, Kigoma was the last-ranking region in socio-economic indicators in the country. According to recent reviews, Kigoma now outperforms five other regions in some respects. By expanding and increasing support to host communities, the programme also enhances peaceful co-existence between refugees and host populations.

The international solidarity and funding to support the refugee operation in Tanzania over the past several years has been commendable. However, more funding is required to meet the ever-growing needs. Of the US$114.5 million needed by UNHCR to assist refugees and host communities in Tanzania this year, only a fraction has been received from donors so far.

In Tanzania, UNHCR works with the Government, the Diplomatic Community, humanitarian and development partners, and other stakeholders to fulfill the Agency’s core mandate - to support the Government to provide refugees, asylum seekers, and other people of concern with international protection, assistance, and durable solutions. 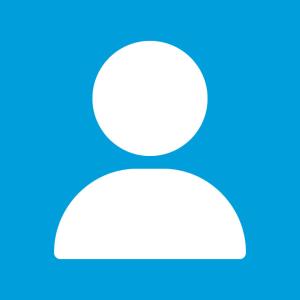