The Generation Equality Commitment Action Plan was developed through a multi-stakeholder participatory process to guide the activation of bold actions.

In the run-up to the Generation Equality Forum in Paris, UN Women collaborated with the Ministry of Health, Community Development, Gender, Elders and Children (MHCDGEC) in mobilizing various stakeholders for the development of Tanzania’s priorities and Action Plan for the operationalization of commitments under the Economic Justice and Rights of the GEF Action Coalitions.

A draft report reflecting the aspirations of various actors was developed. A follow-up three-day exercise by a group of key actors from the Government, UN Women, women’s rights organizations and the private sector was held between 16-18 June, to fine-tune and finalize  the development of the National Priorities Brief. The Brief was handed over to the National Coordinator and Advisor of the Generation Equality Forum and the Permanent Secretary of the MHCDGEC to finalize the commitments that were previously submitted.

In partnership with UN Women, an expanded team convened in Dar es Salaam from 24-25 June and developed the Tanzania National Action Plan to guide the operationalization of the priority areas committed. The Generation Equality Commitment Action Plan was developed through a multi- stakeholder participatory process to guide the activation of bold actions. Actors were drawn from the Government, both Mainland and Zanzibar, civil society organisations, the private sector, UN agencies, international organizations, development partners, and donors.

The engagements brought out challenges and opportunities to enhance women’s economic justice and rights while promoting stakeholders’ commitment to the action plan for the realization of these rights. Actions seek to create a more enabling environment for women to fully participate and contribute to sustainably grow the economy of Tanzania. Participation by stakeholders from multiple sectors created new partnerships and committed to strengthened collaborative efforts to accelerate the pace towards gender equality.

In addition, he said, Tanzania will also increase its investment in generating gender data to inform national planning and strategies to help address concerns under the unpaid care work, while also ensuring the formalization of women’s businesses for the expansion of decent work, and leverage digital technologies to expand competitive production and trading by women in the agriculture, blue economy, and mining value-chains. 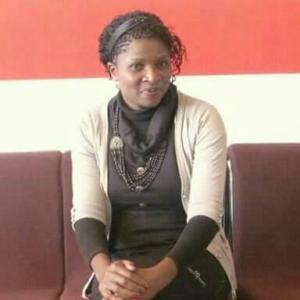