Dar es Salaam - The UNHCR Assistant High Commissioner for Protection, Mr. Volker Türk, completed his four-day visit to the United Republic of Tanzania by emphasising that freedom of choice is paramount in every refugee’s decision on whether to return to her or his home country.

Mr. Türk visited the United Republic of Tanzania from 13th to 16th August 2018 and ended his visit with a press briefing in Dar es Salaam on Thursday. He was accompanied by the Director for Africa Bureau, Mr. Valentin Tapsoba and the Regional Refugee Coordinator for the Burundi Situation, Ms. Catherine Wiesner.

The purpose of the Assistant High Commissioner’s visit was to discuss with government and partners the protection challenges and solutions for more than 340,000 refugees and asylum-seekers in the country. The majority of refugees in Tanzania are from Burundi and the Democratic Republic of the Congo, with 87 per cent living in three camps in the Kigoma Region.

During his visit, Mr. Türk met with government authorities, Heads of United Nations Agencies, donors, and partners, and conveyed the High Commissioner’s deep gratitude for the Government of Tanzania’s commitment to refugee protection and longstanding generosity towards those fleeing conflict and persecution.

The Assistant High Commissioner also visited the Nduta Refugee Camp where he met with refugees and witnessed the voluntary return process for Burundian refugees. More than 42,000 have so far returned to Burundi.

Noting that the right of refugees to return to their home country must be respected, Mr. Türk emphasised that the decision to return must be based on informed consent, stating, “Refugees need to have a meaningful choice about whether they wish to return based on the facts and realities on the ground. There should not be any direct or indirect pressure exercised on refugees to choose whether to return.”

The Government of Tanzania has assured UNHCR that the choice of refugees whether to return will be respected.

On the Burundi situation, the Assistant High Commissioner for Protection also held a regional meeting with UNHCR Representatives of the countries hosting refugees from Burundi whose number stands at nearly 400,000 people as of 31 July 2018.

The Burundi situation remains one of the world’s most underfunded humanitarian crises. UNHCR and partners have received only 12 per cent of the USD 391 million appealed for 2018. In 2017, only 21 per cent of the funds to meet the needs of Burundian refugees were received.  In light of this, Mr. Türk called on the international community to put the spotlight on this forgotten situation and to address the urgent humanitarian needs 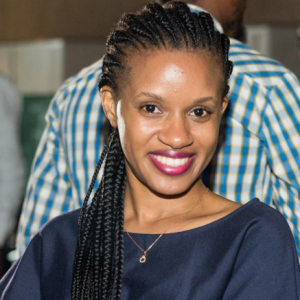