H.E. Dr. Mpango said, “The government is fully committed and pledges to work together with all partners to implement this Framework.” He further “called upon all development partners to participate in the implementation of the Framework.”

The Vice President of Tanzania expressed that the government was pleased with the consultative process involved in the development of the UN Sustainable Development Cooperation Framework.  A process which he said, “took on board all stakeholders in preparing a document that dovetailed very well into Tanzania’s National Development Plan.”

The Minister for Foreign Affairs and East African Cooperation, Hon. Liberata Mulamula was also present at the launch.  She said, “this Framework of the United Nations has come at a time when the world is faced with several challenges including COVID-19 and Climate Change but Tanzania will ensure that the Framework is successful.”

Zanzibar’s Chief Secretary, Engineer Zena Ahmed Said informed that the UN Sustainable Development Cooperation Framework is in line with Zanzibar’s Development Plan (ZADEP) and Vision of transforming Zanzibar into an upper-middle-income economy by 2050.  The Chief Secretary said the UN has been a, “dependable and trustworthy development partner in Zanzibar. Having supported government initiatives, contributed to an overall reduction of poverty rates, malnutrition rates, improved social protection and strengthened government systems.”

She reassured the UN that, “the Government of the Revolutionary Council in Zanzibar was fully committed to work with the UN in the implementation of this Framework.” The Chief Secretary congratulated the UN for launching this Framework adding that Zanzibar was leveraging the UN’s support to bring more partners on board.

The Development Partners Group was represented by their Chair H.E Pamela O’Donnell, the High Commissioner of Canada to Tanzania. She reiterated the support of the DPG to support the UNSDCF.

In his address, Tanzania’s Minister for Finance and Planning Hon. Mwigulu Lameck Nchemba, “thanked UN agencies for continuing to support Tanzania’s development and planning and for its commitment to building a strong partnership with government.”

The Finance and Planning Minister reiterated that the, “UN is truly a reliable partner fostering economic growth” in the country and that “The Ministry of Finance and Planning will take all necessary measures to ensure the implementation of the Framework as it was planned.”

The Finance and Planning Minister praised youth students from Lumumba secondary school in Zanzibar and Kibasila Secondary school in Dar es Salaam who entertained the audience with songs and poems that were enriched with messages on the UN’s normative work and progress towards the Sustainable Development Goals.

In his remarks, the UN Resident Coordinator Zlatan Milisic thanked the Government for sustained cooperation in designing the framework and emphasized that the UNSDCF was developed with the underlying principle of leaving no one behind, which aims to ensure that the most vulnerable and marginalized groups are prioritized. “I thank the Government and the development community in Tanzania for being with us every step of the way in formulating the UNSDCF,” said Mr. Milisic.

The Resident Coordinator reminded the audience that, “This launch comes at an important time with just eight years remaining to achieve the SDGs and Agenda 2030.” Mr. Milisic assured that “the UN will continue working closely with the government to deliver the commitments agreed to in the UNSDCF and counts on the support of all partners in its implementation.”

The UNSDCF will govern the work of the UN in Tanzania for the period of July 2022 to June 2027. The Cooperation Framework will guide the entire programme cycle, driving planning, implementation, monitoring, reporting, and evaluation of the collective UN support to the government of Tanzania. It focuses on four themes: People, Prosperity, Planet and Enabling Environment. 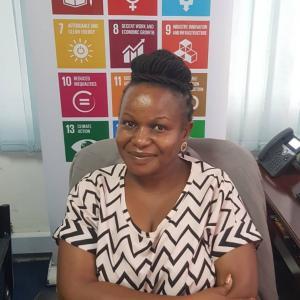