I am honoured to be speaking at this important event today, on behalf of the United Nations in Tanzania. First and foremost, I would like to congratulate the Government of the United Republic of Tanzania for completing the census enumeration as planned and releasing the results on schedule.  The presence of Y.E. President Samia Suluhu Hassan signifies the importance of the information that will be launched, for the people of Tanzania.

The importance of a census cannot be overstated, particularly in this era of new, emerging development issues, and non-traditional data sources enshrined in the context of big data, which we need to consider when responding to fulfil development commitments and agenda that require solid data on population.

Since the population and housing census reached almost every household in the country, the data sets collected provide a unique source of information, offering comprehensive population data, disaggregated by age, sex and location. Through mapping, census data can show where potential disparities remain for the needs of specific groups – women and girls, adolescents, older people, or persons with disabilities.

The population and housing census forms the backbone of national statistical and planning systems, by providing information essential to inform policy planning, decision-making, budgeting, and accountability, across all levels of government, but also for business, academia, and civil society. It further provides a master frame for sample surveys and allows for more accurate projections. A census is an opportunity to bring the nation together.

Having Census data, especially when combined with other survey data, through practical orientation we can comprehend the consequences of population trends and their impact on economic growth, as well as the quality of life in the community.

Data users are positioned strategically to accelerate interventions towards achieving optimum population growth – by striking the right balance between population growth parameters and availability of resources, while observing human rights and equity for different groups of population.

Tanzania is in the process of taking stock of its progress on the Sustainable Development Goals (SDGs) through the Voluntary National Review (VNR). The VNRs are a central element for tracking and reviewing the 2030 Agenda implementation. The availability of quality, accessible, timely and reliable disaggregated data, such as that Census will provide, is critical for the successful implementation of the SDGs and for ensuring that no one is left behind.

Tanzania has made significant investments to ensure the 2022 census, included all elements needed to meet international standards for a high-quality census. The 2022 Population and Housing Census is the first digital census in Tanzania, and the first to conduct a count of buildings and national physical positioning, using digital software and equipment.

United Nations Tanzania, through UNFPA, our lead agency for population and census matters, is proud to be a partner in this process, through technical and financial support to the National Bureau of Statistics that helped prepare the tools and strengthen skills needed to match the technological advancements.

As in all previous censuses in Tanzania, UNFPA serves as a technical partner throughout the process, supporting the preparation phase including census cartography, developing guidance documents and questionnaires, data collection and analysis, report production and dissemination and mobilization of resources through inter-agency efforts.

While conducting a census, which is a once-a-decade exercise; all required phases of extensive preparation and resources must be ensured. There is a clear commitment by the Governments of the UK, US, Sweden, Ireland, Finland, the Republic of Korea, as well as the UN Agencies, including UNICEF, UN Women, IOM, ILO, the World Bank, who have been supporting and continue to support the Government in the 2022 census exercise.

In closing, I would like to reiterate that UN Tanzania commends the commitment of the National Bureau of Statistics, The Office of Chief Government Statistician and the Government of the United Republic of Tanzania for undertaking this critical exercise, which, without any doubt, will reap huge dividends.

United Nations, led by UNFPA, stands ready to continue supporting in the lead-up to data analysis, report production and dissemination; and will continue working with the Statistics Offices in mobilising development partners and the private sector for the Census. 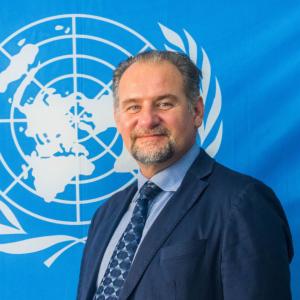