“My life greatly improved after receiving medication and complementary feeding for my diabetes” said Elongo Byosaa.

Ms. Elongo Byosaa (71) and her husband Ramazani Yangya (75), are Congolese refugees living in Nyarugusu camp. The couple were diagnosed with diabetes and hypertension in January 2022 thanks to World Diabetes Foundation (WDF) three-years project .

Since 2020 at different times the couple experienced combined symptoms of severe headache, dizziness, frequent urination, excessive thirst, and weight changes that caused weakness and inability to perform their daily activities. Her husband became blind as a result of the diagnosis which made the couple more dependent on assistance.

Elongo and her husband fled Democratic Republic of Congo in the 1990s due to insecurity and turmoil that caused displacement to thousands. Elongo remembers “the gunshots, machetes, dead bodies and blood everywhere” right before all their three children were tragically killed. The couple managed to carry a few items including one family picture before they left Congo with their two young grandsons.

Every year, on 14 November, the world celebrates World Diabetes Day to raise awareness on the disease. Data from the World Health Organization (WHO) shows that about 422 million people worldwide have diabetes, the majority living in low-and middle-income countries, and 1.5 million deaths are directly attributed to diabetes each year. Both the number of cases and the prevalence of diabetes have been steadily increasing over the past few decades

In the refugee camps, 6,138 diabetes and hypertension consultations have been made among refugees and 760 among the host population who seek services in Nyarugusu camp. Elongo and husband started their diabetes treatment immediately after diagnosis in early 2022.

As part of a comprehensive response to NCDs, UNHCR and partners through the WDF funding are conducting community mobilization for early diagnosis of NCDs especially diabetes, training of health care workers, supply of diagnostics, provision of complementary feeding, and provision of specialist consultations in the camps.

Speaking on his change of diet, Ramazani says “I receive additional meals as advised by doctors to help with my diabetes.” He receives fruits and vegetables to supplement pulses, maize flour, vegetable oils and others provided by United Nations World Food Programme (WFP).  Ramazani believes this change of diet has greatly improved his life and management of diabetes symptoms and others like him at the camp.

“Diabetes and other NCDs are on the increase globally and continue to burden the health systems especially in the developing countries,” explained Gideon Ndawula, UNHCR Public Health Officer.   This is worse in humanitarian settings where health systems are majorly set up to deal with infectious diseases.

“Targeting prevention through community sensitization and mobilization, early diagnosis accompanied with a health system strengthening approach to handle NCDs will provide a positive outcome in addressing the increasing NCDs burden on the health system,” added Gideon. The program targets to reach over 240,000 refugees and asylum seekers and 53,000 people from the host community.

With the current - project of the World Diabetes Foundation, UNHCR and partners continue to provide the necessary support and services. However, more funds are needed in the lacking areas and ongoing challenges including lack of self-empowerment and resources for patients to self-monitor their diagnosis, medical referrals, and general health infrastructure improvements and expansion. 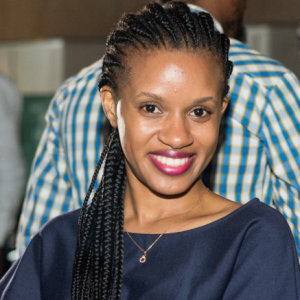 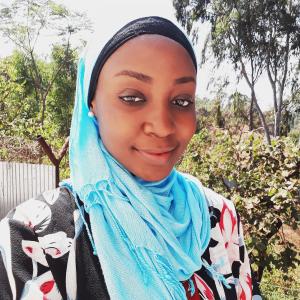