4 February 2020, Kigoma – The Royal Norwegian Embassy has today announced an agreement with the United Nations in Tanzania in which Norway will contribute USD 4.3 million (approximately Sh. 9.9 billion) to the UN to support implementation of the Kigoma Joint Programme (KJP). The KJP is an area-based programme being implemented jointly by 16 UN Agencies in collaboration with the regional and district government authorities with the aim of accelerating the development of communities in Kigoma that are currently hosting about 278,000 refugees and asylum seekers.

The agreement was officially announced in Kigoma Town in a ceremony between the  Counsellor of Political Affairs of the Norwegian Embassy, Mr. Hans Corneliussen; the UN Resident Coordinator a.i. and World Food Programme (WFP) Country Representative, Mr. Michael Dunford; and Kigoma Regional Commissioner, Retired Brigadier General Emmanuel Maganga. Since it was launched, Norway has contributed about 16.6 million USD to the Kigoma Joint Programme (KJP) and this support has contributed to implementation of four pillars of the KJP namely: Youth and Women Economic Empowerment, Agriculture, ending Violence against Women and Children (VAWC) and Water Supply, Sanitation and Hygiene (WASH).

In the area of Youth and Women Economic Empowerment, Norway’s support to the KJP has among other things enabled the construction of three cross-border markets that will facilitate trade between thousands of Tanzanian and Burundi traders. The programme has also contributed to enhancing the capacity of 12,894 youth and women entrepreneurs through skills development, business management trainings and facilitation of access to finance. By enabling these entrepreneurs to invest in their businesses, these activities have improved the well-being of their families by allowing them to generate more income. Additionally, through support from the program, the local government and private sector have enhanced their ability to provide financial and non-financial services that respond to the needs of youth and women entrepreneurs.

In the area of agriculture, UN agencies have worked with over 9,000 smallholder farmers to improve their crop harvesting and storage practices. About half of these have been trained on good agriculture practices and supported to access finance and farm inputs.  In addition, construction/rehabilitation of two warehouses and five aggregation centres have started and are at different stages of completion.

In the area of ending VAWC, the programme is contributing to the implementation of Tanzania’s National Plan of Action to End VAWC (2017-2021). Achievements include the establishment of District Women and Children’s Protection Committees in all four local government authorities where the KJP is being implemented; case management for over 1,100 children in need of protective services; identification and training of 105 Fit Families who provide emergency family-based care for children with serious protection concerns; the construction of a shelter for women and children; and the establishment of Police Gender and Children’s Desks in collaboration with the Tanzania Police Force.

Finally, in the area of WASH, capacity building and construction/rehabilitation of 11 water supply systems as well as School and Community Sanitation activities have commenced and are at various stages of implementation, expected to be completed within the first quarter of 2020 which will benefit approximately 100,000 people who will gain access to improved water and sanitation services.

Speaking during the ceremony Mr. Corneliussen underlined that Underline the importance of a close cooperation between the Regional and District governments and the UN, as well as involvement of the targeted population in order to secure ownership and improve lives for people i the Kigoma Region. He also noted that Norway is a strong supporter of One UN Tanzania and that the Kigoma Joint Programme is bringing this vision forward.

On his side, Mr. Dunford thanked both the government and the people of the Kingdom of Norway for their sustained support noting that Norway has been a steadfast development partner for UN activities as well as for Tanzania. “Norway has been a strong partner of Tanzania and the United Nations for many decades. Focusing on the needs of host communities in the region these resources will allow us to build on the results that have been achieved so far by the KJP which are helping to accelerate implementation of the Sustainable Development Goals in the region.”

On behalf of the Government, Kigoma Regional Commissioner, Hon. Brig. Gen. Maganga, thanked Norway and the Development partners for supporting the people of Kigoma through the programme. He pledged their commitment to ensure efficiency and effectiveness of the programme.

Norway’s contribution will be channeled through the Tanzania One Fund, which is a fund established for UN agencies in the country to help implement the United Nations Development Assistance Plan 2016-2021 (UNDAP II).

The Kigoma Joint Programme is an area-based UN joint programme that cuts across multiple sectors to improve development and human security in Kigoma. The programme involves 16 different UN Agencies and was developed in cooperation with the regional and district authorities based on the development needs of Kigoma and the capacities of the UN in Tanzania. The 16 participating UN agencies are cooperating across 7 themes which are Sustainable Energy and Environment; Youth and Women’s Economic Empowerment; Violence against Women and Children; Education with a focus on girls and adolescent girls; WASH (Water, Sanitation and Hygiene) and Agriculture, and Health, HIV and Nutrition. 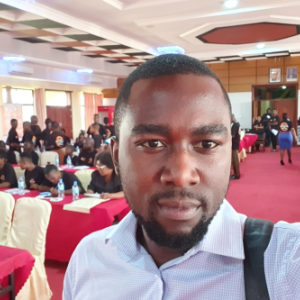