Republic of Korea, UNFPA and UN Women partner to advance gender equality for some of the furthest behind women and girls in Tanzania

The launch of the Joint Programme, the culmination of a two-year consultation process, will harness the strengths of sister agencies UN Women and UNFPA, and national and local partners in both Singida and Shinyanga, to advance gender equality efforts and ensure that rural women and girls in Ikungi and Msasala Districts are not left behind.

The Government of the United Republic of Tanzania has made significant progress and commitments to tackle gender inequalities and discrimination, as articulated in national, regional and global development agendas. Sexual, psychological, physical, and economic violence, however, remain a reality for many women and girls in Singida and Shinyanga Regions.

Gender roles upheld by deeply-rooted social norms that ascribe women and girls a lower social status continue to perpetuate violence and force women and girls into housekeeping and caring for siblings, teenage pregnancy and early, forced and child marriage. The resulting time poverty, lack of education, and a lack of assets and access to financial services all combine to limit women and girls’ opportunities and participation in community life and productive  paid work.

Efforts through the programme will seek to challenge social norms that continue to lock women and girls in a cycle of inequality and violence and empower them to participate in economic and social life.  Creating a more enabling environment for women to hold land titles and for smallholder farmers, including young women, to participate and be more productive in the agricultural sector will be a focus of activities, as will strengthening gender-based violence prevention and response systems with the involvement of paralegals, police and the health sector and establishing community structures and safe spaces that increase women’s and girls’ agency and ability to uphold their rights.

Gender equality and women and girls’ empowerment is a top priority in Korea’s development cooperation. The Korea International Cooperation Agency have worked closely with multilateral partners, including UN Agencies, in Tanzania to address some of the critical challenges women and girls face in health and education.

The Joint Programme is an integral part of the United Nations Development Assistance Plan II in Tanzania and will directly contribute to the 2030 Agenda for Sustainable Development while supporting the implementation of national development plans and strategies. 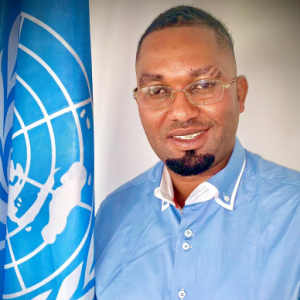