The Anti-FGM strategy to accelerate efforts towards zero GBV and harmful practices in Tanzania.

The International Day for Zero tolerance is observed by UN Member states on 6th February each year. FGM affects millions of girls across cultures.

“I underwent female genital mutilation (FGM) when I was ten years old. It hurt so much that I cried and cried. One day when I was twelve, my aunts examined me and declared that the mutilation was not performed well. They took me to the mutilator (ngariba in Kiswahili) again. I tried to run away and screamed for help, but they held me while I was mutilated again’’. Said Janeth, 18 years of age from the village of Masanga, Tarime, Tanzania.

February 6 marks the International Day of Zero Tolerance for Female Genital Mutilation (FGM). FGM is a harmful practice involving the cutting or removal of the external female genitalia. It does not have any health benefits but rather causes serious risks to women’s physical and psychological health.

As the stakeholders and activists continue to march to end FGM, on 09 November 2021, Tanzania launched a  four-year national Anti-FGM Strategy towards ending the harmful practice in Tanzania. The Strategy involves running campaigns on the health consequences of FGM for girls and women, recruitment of change agents from within the communities and the enforcement of legal mechanisms. The Strategy is more relevant than ever – even though the FGM prevalence among women and girls have reduced to 10% in Tanzania, the fight to abolish the harmful practice is not over yet.

“I laid in terrible pain and fever for many days, I could not move and I lost consciousness. I woke up in a hospital ward and I was told that the mutilation caused a serious infection. Once at home, I cried a lot and asked my mother and my aunts: ’Why did you do this terrible thing to me?’” said Janeth, the FGM survivor.

While the data shows high prevalence in some countries, women often do not support the practice of FGM, which appears deeply rooted in cultural and social norms. In 21 out of 28 countries with data, more than half of women think the practice should end. Women living where FGM prevalence is high are more likely to support the continuation of FGM.

During the launch of the National Anti-FGM Strategy, cultural and religious leaders and elders from 22 FGM hotspot communities pledged to partner with the government towards eradicating the outlawed practice. They made a strong commitment to ensure FGM is a thing of the past, and that girls are provided with safe spaces and environments to thrive and develop without the fear of undergoing the mutilation. As part of their anti-FGM efforts, the elders committed to work with both the national and local governments and other stakeholders in creating awareness within their communities on the need to promote education and the wellbeing of the girl child.

“My experience inspired me to work on issues affecting girls in my community. Too many are subjected to harmful practices such as female genital mutilation, early marriage and teenage pregnancies, and they have to drop out of school. I decided to become a peer educator at the anti-FGM safe shelter managed by Association for the Termination of FGM (ATFGM) close to my village. I know that all girls have rights and I want to ensure that other girls know this too, as well as fight for their rights”. Said Scholastica Maridadi.

National statistics show that prevalence of FGM in Tanzania stands at 10 percent, an indication that there is an uphill task to eliminate the malpractice, citing Manyara, Dodoma, Arusha, Mara and Singida as regions with leading incidences of FGM.

As the struggle for gender equality continues, violence against women and girls remains a global pandemic. One in three women will experience physical or sexual violence in her lifetime. And approximately one in four girls in the developing world is married before age 18. UNFPA works to prevent and respond to gender-based violence through its work with policymakers, justice systems, health systems and humanitarian partners. UNFPA also focuses on eliminating harmful practices, including FGM and child marriage, and helps to engage men and boys to advance gender equality.

This year, UNFPA Tanzania is supporting the Ministry of Community Development, Gender, Women and Special Needs together with the Anti-FGM Coalition, to reach another milestone towards the roll-out of the national Anti-FGM Strategy. In occasion of the International Day on Zero Tolerance for FGM, on Monday 07 February 2022 a Symposium will celebrate the very courageous service providers – health care workers, police and legal professionals, and social work specialists, that everyday are at the forefront of the fight to end FGM for good in Tanzania. The event is planned to take place in Tarime District, Mara Region, where the practice is still common among the population.

“Joint efforts to tackle female genital mutilation in Tanzania have proven successful. UNFPA will continue to protect the rights of women & girls through working hand-in-hand with government, development partners and communities. Protecting them calls on our significant push to accelerate the abandonment of this harmful practice.” Mark Bryan Schreiner, Representative, United Nations Population Fund, United Republic of Tanzania 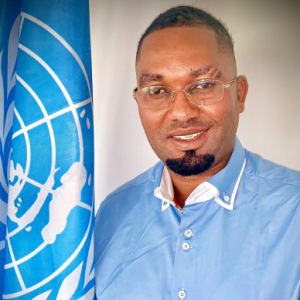